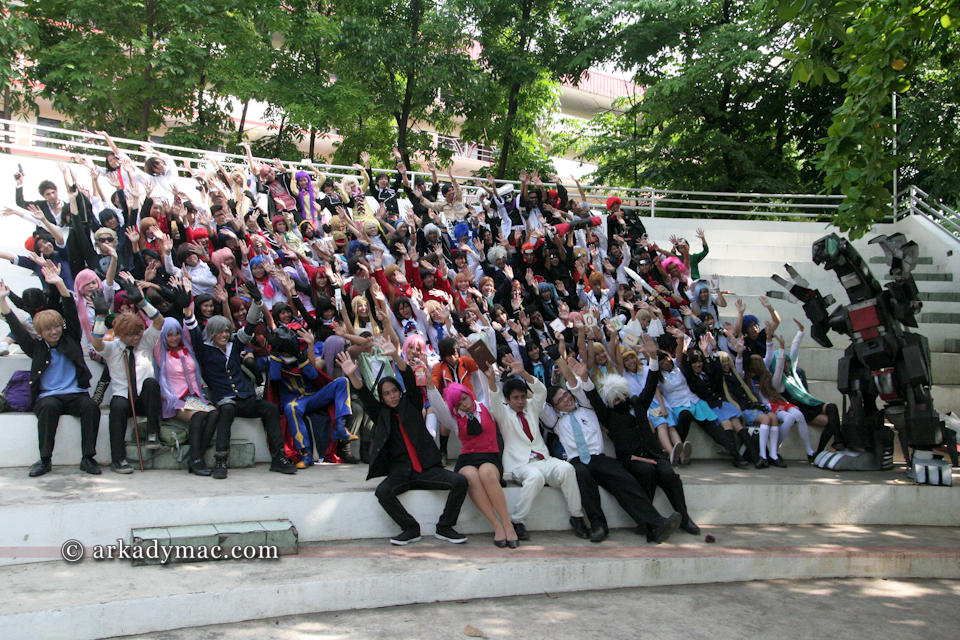 The following is my description of my local cosplay community, that of the National Capital Region of the Philippines.  At the largest conventions and events, I can safely estimate 500 or so cosplayers in attendance although there are often more.  At competitions, the most I have ever seen are 200 participants, not counting of course the many costrippers .  Probably one of these days I’ll make an active effort of counting and making a better estimate, if that is even possible.  I am no expert in sociology or anthropology or even human relationships. I am not even an expert in cosplaying.  I have only been cosplaying for a little less than a year although people often get the (very mistaken) impression that I’ve been cosplaying since the Marcos regime.  What I write here is only my personal opinion and observation of the many varied people who make up my local cosplay community.

The Philippine cosplay community has had its roots in the early 2000s, and since then has continually grown with each passing year. This community deserves study and attention, as cosplaying can be viewed as art form, where cosplayers are artists, are performers, are crafters, are designers, are writers, are singers, are participants in a world where imagination and reality meet.

Cosplaying has had it roots in America and in Japan, but Philippine cosplayers have come into their own through cosplays that can only be considered works of art and are comparable with those all over the world.  Local cosplays range from the large mechas, to ornate armors,  to colorful cloths and school uniforms–all of which are creative and have been made to showcase both the maker’s and cosplayer’s taste and style. 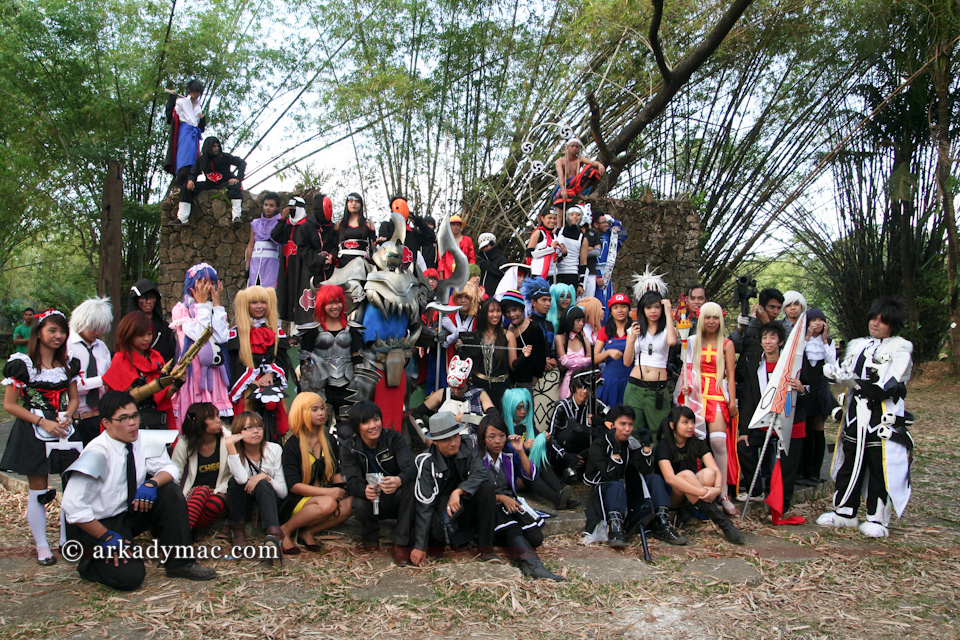 As for the cosplayers themselves, their personalities are as diverse as that of any other group. They are bound, however, by the love of fantasy and imagination that pop culture has continually inspired. Be it anime, manga, comics, games , literature, music, history, movies, television, cosplayers are inspired by what they have seen and aspire to emulate, imitate, even parody the images and symbolism that have made an impression on them.

Cosplayers are very seldom alone for long. Even the most withdrawn or awkward among them manages to find a friend or two or even manage to form groups.  Bound by the same interest, cosplayers enjoy congregating.  They usually gather at conventions and events, where they appear in droves.  They can also be found everywhere else, just not in costumes, bonding with each other like everyone else.  They are, however, most active online where they share ideas, tell stories, spread jokes and memes, and plan their next cosplays for the next event.

From observation, cosplayers are mostly friendly towards other people. Even if they are normally shy and withdrawn,  while cosplaying they enjoy the company and attention of crowds.  They often enjoy posing for the cameras, have people take pictures of them, share a  story or joke, then take photographs of each other.  These things, no matter how small or simple, make cosplayers extremely happy.  For some it is a pleasant escape from everyday life, for some it is living out a fantasy, while for others it is a hobby simply to be enjoyed.  Whatever their reasons, cosplaying is a unique experience that can only be understood once you’ve tried it for yourself.

Not really taken from a textbook ot a cosplay master’s thesis somewhere.  These are just how I personally classify the cosplayers I meet in my journeys.

1. The Competitor:  These cosplayers live for the bright lights stage and the big crowds. They go all out and cosplay with a bang. these include 16-foot-high mechas, elaborate armors with glowing eyes and moving parts, complete with choreographed performances and background music.  They enjoy giving the crowd a great show, win or lose.

2. Costripper:  These folks cosplay at events not to compete, but to simply be seen.  They enjoy having their photos taken and just love mixing in with the crowd.

3. Dealer: Cosplayers always need something: contact lenses, wigs, makeup, accessories, among a thousand other things. Dealers eagerly provide these to others at the right price, of course.

4. Crafter/Smith:  Cosplayers themselves become engrossed in creating props and armor that they eventually specialize in the process. Some do it for fun, some do it for friends, some do it to receive some financial returns.  The good ones are very much sought after.

5. I’m-still-not-sure: Wears a hat, mask, or some other easily obtainable, easily wearable costume.  Still not sure if they really want to cosplay or not or are just too shy to go all the way. Well, most of us start out this way so we should not be too judgmental.

6. Cosplay maniac:  Always at conventions and events. Lets everyone know online they are coming.  Changes into three or more costumes during a single event.   In character when in all three or more cosplays, sometimes at the same time.  Being a cosplay maniac is not necessarily a bad thing. Some of them are lovable nuts. Some.

7. Cosplayer (Slash) Photographer:  Cosplayers are often on the receiving end of a camera, but there are a few who enjoy taking photographs of themselves and others in cosplay.  I’m under this type.

8. Mercs:  Or mercenaries, these folks are willing to accept offers for services that only they can provide, be it endorsing companies or appearing on TV shows or children’s birthday parties.  Having fun while earning one’s keep has never ever been a bad thing.

9. The Model:  These individuals enjoy the attention that their sosplaying brings.  Always surrounded by photographers whether it was of their choosing or not.  Some aspire to be celebrities in their own right and most are pretty well-known in the community.  Some see cosplaying as a way to hit the big time and be famous like Alodia Gosengfiao.

10. The Borrower:  Why buy or build when you can just borrow? Well, we all know of people who think this way, extending this philosophy into cosplaying. As the name implies, the Borrower borrows costumes or parts or accessories from other cosplayers so that they can have something to wear at an event. Things borrowed range from hair ornaments, forehead protectors, dresses, even full 14-foot mechas.

11. The Makeup Artist:  they do makeup for themselves and, whether they like it or not, do the makeup of others simply because they can’t help but make people look their best.

12.  The Dressmaker: Cloth costumes are more in demand since they’re more common, more versatile, and more comfortable. Those who engage in creating them  go by different names like dressmaker, seamstress, tailor, designer, clothier.  These names refer to different aspects in the creation of clothing although in cosplay, they are often used interchangeably.