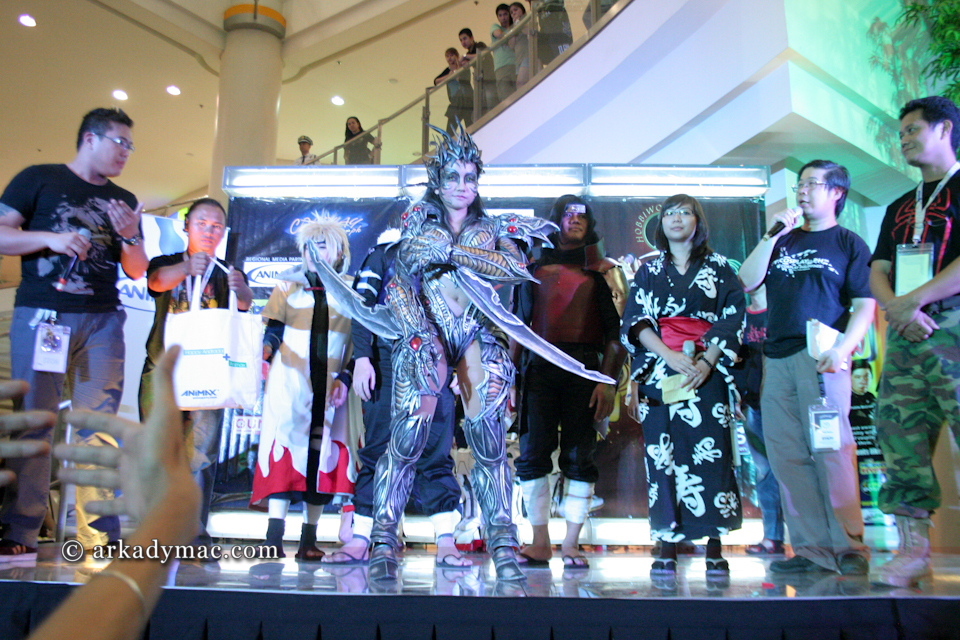 What are cosplay conventions?

Although cosplaying as a hobby has become more common in recent years, the places and opportunities where people can cosplay are still quite limited.  Most other people in the country continue to view cosplaying as a bizarre curiosity, so cosplayers receive a stigma that their activity is unwarranted and unwelcome in a normal setting on a normal day.  All these limitations are why cosplay conventions are such a boon to cosplayers as they are welcome and encouraged to cosplay throughout the event’s duration.

Cosplay conventions, or “cons,” are events where cosplaying is a major or minor component of the  affair.  Even though they are not technically conventions, events like expos, competitions, product/show/movie launchings,  parties and the like are still considered and called “cons” by cosplayers.  So for cosers, any event they can cosplay in is a con.

Cons in the early 2000s were small affairs that happened quite infrequently.  Cosplayers were happy to have at least one event a month. Nowadays, as cosplaying has almost reached mainstream status: there’s often at least one con a week.  For some, this has become a boon, since there are more and more opportunities to cosplay, and these have encouraged more people to become involved with cosplaying in general. 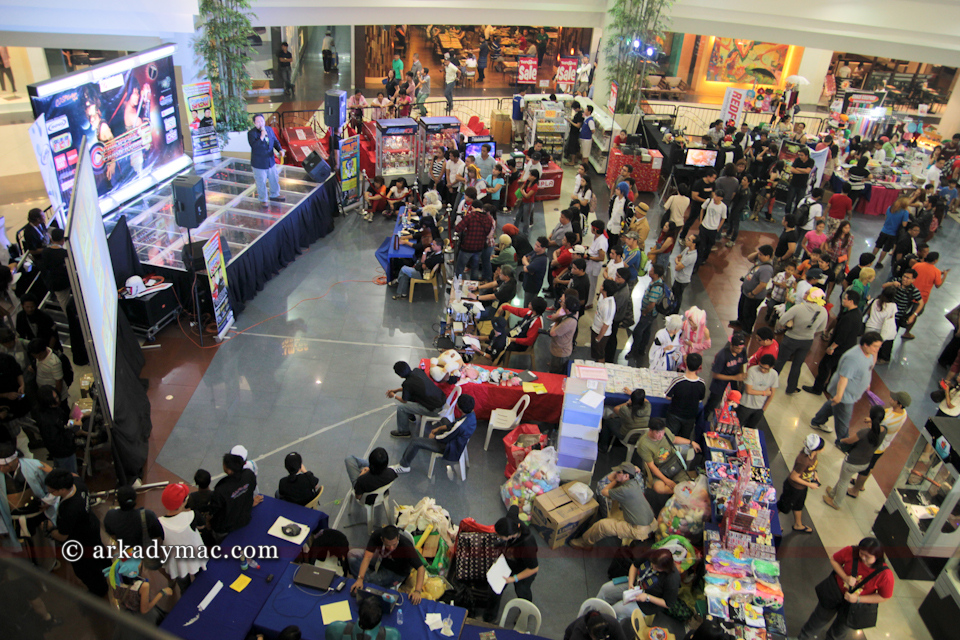 What do cons mean to cosplayers?

Cons are very important to cosplayers. Cons are occasions where cosers can meet up and gather with their fellows and make new friends.  Cosplayers are a curious lot as they seldom stay alone.  They always seem to manage to find like-minded folks, so almost all of them end up being in groups, and sometimes even multiple cosplaying groups.  There are some groups that are exclusive while there are some who are always glad to take in a newbie.  It is my observation that cosplayers enjoy being with their kind, even though they are normally shy or even antisocial in any other setting.  Cosplayers enjoy interacting with each other, and it is during cons that they get to congregate to catch up on the latest events, discuss cosplay plans, unveil group projects, sell and trade costumes and accessories, and others.  It is during cons that they get to show other people what they have been working hard for and unveil their cosplays to the crowd and to each other.  Cosplayers get some measure of happiness when other people ask to take photos of them and with them as they feel appreciated for their efforts.  It is especially during conventions that cosplayers are the happiest as there are lots of people attracted to these events which presents lots of opportunities to interact with the crowds and with each other. Conventions may also mean contests, especially for serious cosplay competitors who work hard to present world-class costumes. 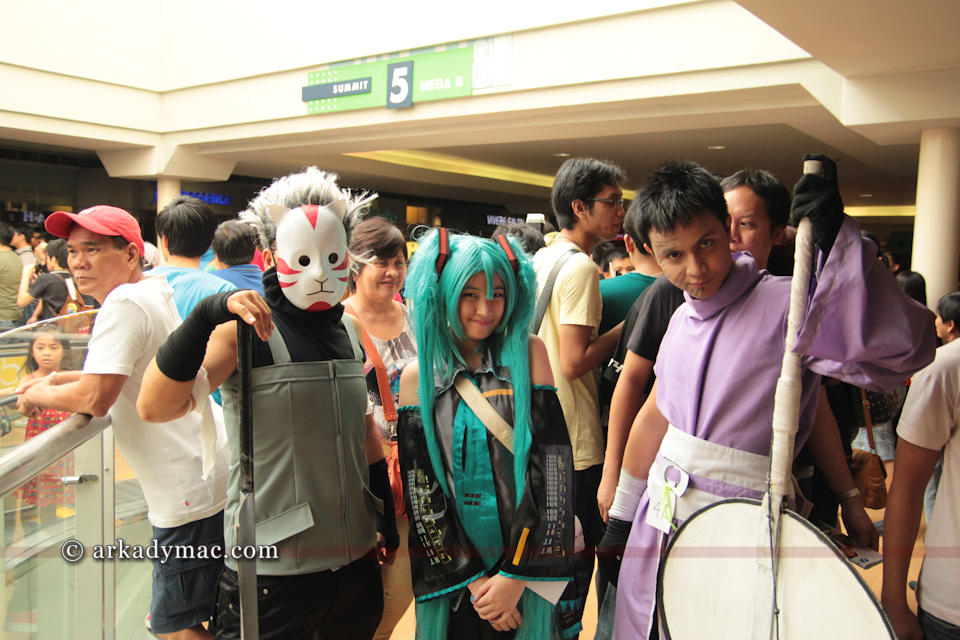 What are the major cosplay conventions and where are they held?

Conventions range in scale and cost.  Some of the bigger ones include Cosplay mania, Ozine Fest, ToyCon, and the Philippine Cosplay Convention.  Normally in the country, conventions are held in malls, like SM Megamall, SM Mall of Asia SMX, and Robinsons Place Manila.  There are cons that are free and  have no entrance fees; others need paid tickets to get in and can get quite pricey.  Events without fees involved are well attended.  Those with a price tag involved can pose problems to the average cosplayer, most of whom are as some are still students who have trouble coughing up what to other folks would be just a small amount.  Those who are unable to get into cons content themselves to hanging around the venue with their groups or resort to costripping. Most have fun either way because cons provide cosplayers with a place to gather and an audience to appreciate their craft.

What do cosplayers wish they had at conventions?

Conventions are thus essential to the continued growth of the cosplay community, and as these conventions get bigger and grander each passing year, cosplay as a hobby and activity has become more known and more widespread.   What kind of people attend these conventions the most?  Cosplayers themselves are the bulk of the participants and attendees.  We in the cosplay community hope that the organizers of these events don’t lose track of the fact that cosplayers are at heart of these affairs, that cosplayers must be treated like partners and not mere commodities. Cosplayers are not that demanding. They wish only what is fair for the effort they put out for these events.  Just a few wishes are:

1. Proper, Spacious venues: There was a time when events were quite small and unobtrusive. Now attendees to cons number in the thousands and most of the usual venues are simply not big enough to accommodate everyone. We need more space.

2. A baggage counter: Cosplayers carry a lot of baggage around and they would feel more welcome and appreciated if they have a place where they could keep their stuff safely.

3. Free entrance, or at least discounted tickets to events: Cosplayers, for one reason or another, attract customers and increase business, so we proffer that it is reasonable that we could at least attend events about cosplayers for free. We’ll settle for discounted rates too.

4. Some token of appreciation: A certificate, a pin, a poster from the event wouldn’t be that costly.

We in the community hope that maybe someday, conventions will be more friendly and more accommodating of the cosplayers who truly support these events.