What are Vocaloids?  I would say they are the future of music.  Imagine writing your own songs and having a famous voice singing it for you.  It’s a voice you can use from a program on your computer.  No need for a large recording studio or lots of money or effort hiring a singer of caliber.   Vocaloids like Hatsune Miku are known all over the world and they can make millions of people listen to your song.

Conceptualized as synthesized voices for the purpose of creating songs, Vocaloid technology has taken off in Japan and its popularity has gradually spread across the world.  Developed by Yamaha, Vocaloids are programs and media by which users can create songs from synthesized voices rendered by voice talents.  With a license to promote this technology, Crypton Future Media developed their Character Vocal Series featuring Meiko and Kaito.  Although having had a slow start, the Vocaloid phenomenon took off with the creation of Hatsune Miku, whose character design gained mass appeal.  She was followed by the twins Rin and Len Kagamine, then Megurine Luka.  Songs made by fans and eventually videos boosted Hatsune Miku’s popularity, realizing Crypton’s vision of her being a virtual diva.  Other companies have also been given the Vocaloid license and have developed their own characters with varying degrees of success.

The virtual diva concept has been taken to the next level with “live” performances by Vocaloid characters as animated projections.  Hatsune Miku and the other vocaloids have already had concerts in major cities in Japan, and has had sold-out concerts in Los Angeles, Hong Kong and Singapore, with more performances planned in the future in more international cities.

Although there are people who find the idea of a virtual singer and performer strange or just downright creepy, I really believe that Vocaloid technology will be the future of music because it lets ordinary people become composers, producers and arrangers of their own music.  Communities using the application have sprung up and for the most part are collaborating with each other to produce songs and music videos.  The program is very versatile, and, as Yamaha put it it, it is only limited by the user’s imagination.

Sample from Kagamine Rin from a “live” concert. 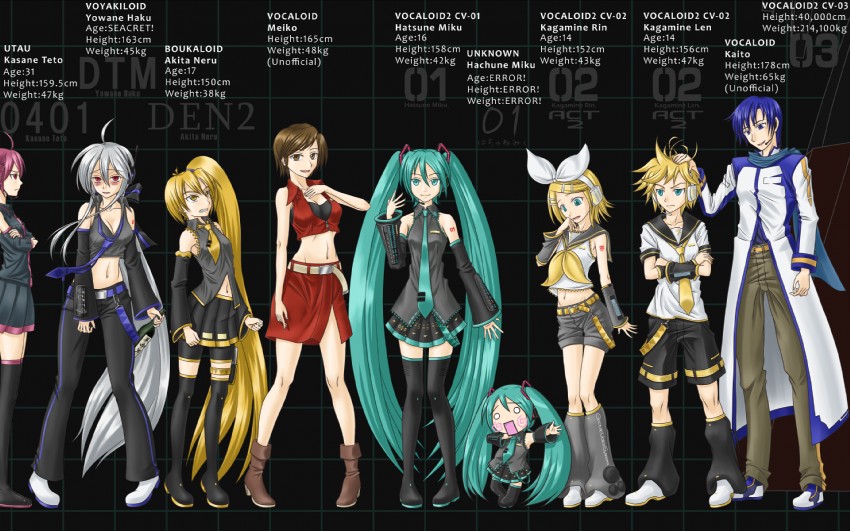 Notice:  Images of Vocaloids are not my own and belong to their respective owners.